Tailored to Your Needs

RUSH WILSON LIMITED OFFERS A VARIETY OF PERSONALIZED SERVICES TAILORED TO THE NEEDS OF OUR CLIENTS: 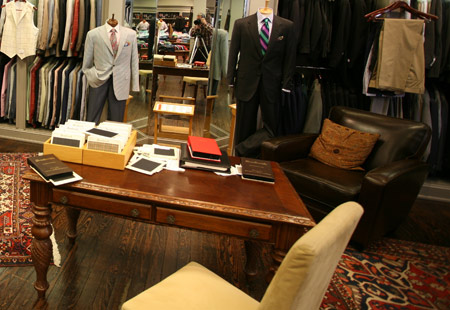 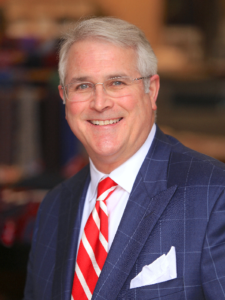 At age 23, Rush Wilson opened Rush Wilson Ltd. in Davidson, NC in 1950. This is where Rush Wilson introduced the natural-shouldered, New England style to the southeast.  Looking for a second location, Rush decided to expand to Greenville, SC in 1959. The store was originally located on North Main Street.  In 1978, Rush Wilson Limited moved to its’ present location at 23 West North Street to make room for the Hyatt Hotel and Convention Center.

Growing up in a “retail family”, Rush’s son, Rush III, worked in the store as a teenager sweeping the floors at age 13 and selling his first suit at age 15. He continued working in the business part-time through high school and college. After serving four years as an Army officer, Rush III came home to join the family business.

You may reach Rush at rush@rushwilson.com 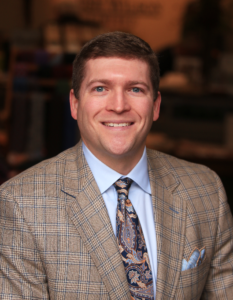 James “Jay” Rush Wilson IV quite literally followed in his father’s footsteps while helping at the store as a young child. Jay went on to graduate from Presbyterian College, which prepared him to begin a career in banking at Carolina First, now commonly referred to by TD Bank. After seven years, Jay seized the opportunity to rejoin the family business in 2014. With a lifelong appreciation of classic American style and a commitment to excellent customer service, Jay strives to outfit any generation with the hand-selected, high quality menswear Rush Wilson Limited is celebrated for. As the third and youngest to work at Rush Wilson Limited, Jay hopes to continue the family business and one day pass it on to his children like his father and grandfather before.

You may reach Jay at jay@rushwilson.com 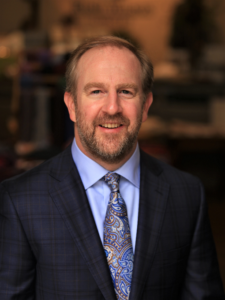 David Vinson, a lifelong resident of Greenville, South Carolina and graduate of Clemson University joined the Rush Wilson Limited team in July of 2019. Previously, Vinson served as a member of the management and customer service team at Mast General Store for over 15 years. He enjoys spending time in Clemson on Lake Hartwell during the cooler seasons and has fun sharing fishing stories from the lake, the South Carolina coast and the North Carolina mountains. David and his wife Jean love hiking and taking photographs in the mountains and when around the house spend most of the time together in their garden. Vinson looks forward to continuing to build relationships with others while being a part of the Rush Wilson Ltd. team.

You may reach David at david@rushwilson.com

Liz Powers has lived in Greenville for over 30 years. She began working at Rush Wilson Ltd. in 2014 within the shipping and receiving department and currently helps customers full-time on the sales floor. Powers has always had an affinity for clothes and enjoys ensuring customers look and feel their best. Liz grew up in Atlanta, Ga and attended Mercer University. As a proud mom of three, she enjoys spending time with her family, including her two large dogs, and spending time outdoors.

You may reach Liz at liz@rushwilson.com 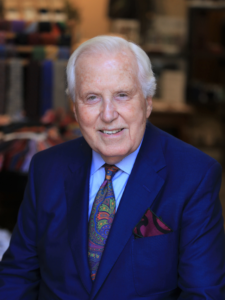 A small men’s shop near NWU caught his eye, and taste therefore inspiring him to make a living in the men’s clothing retail industry. After managing and owning men’s retailers outside of Chicago, John and his wife, Barbara, decided to retire in Greenville, SC. John has been part of the staff at Rush Wilson Limited since December of 2018 and looks forward to sharing his expertise with Rush Wilson Limited clients for many years to come. 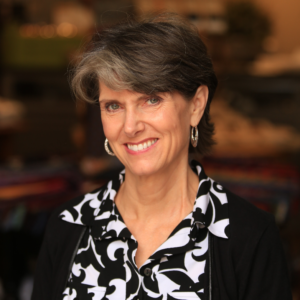